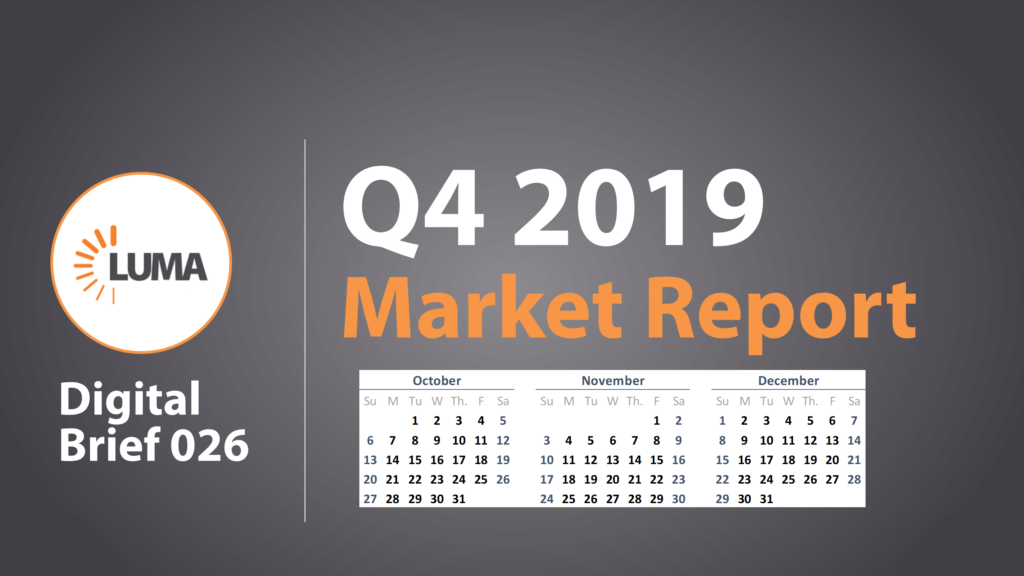 LUMA’s latest Market Report spotlights the public and private markets during 2019. After the slight dip in M&A activity during 2018, we watched deal count spike across all sectors, making 2019 the most active year for M&A in the past few years. Not only was the total deal count up, but the number of scaled transactions ($100MM+) were also up significantly. The growth in 2019 was driven by a number of specific trends from each sub-sector, as well as some pervasive trends across digital media broadly. These include ongoing market consolidation, increased scrutiny on data / identity, and the growth of CTV. In the public markets, Ad Tech and MarTech both saw significant increases in aggregate market value, with all but one company in our index experiencing market cap growth.

Highlights of the year include the following: